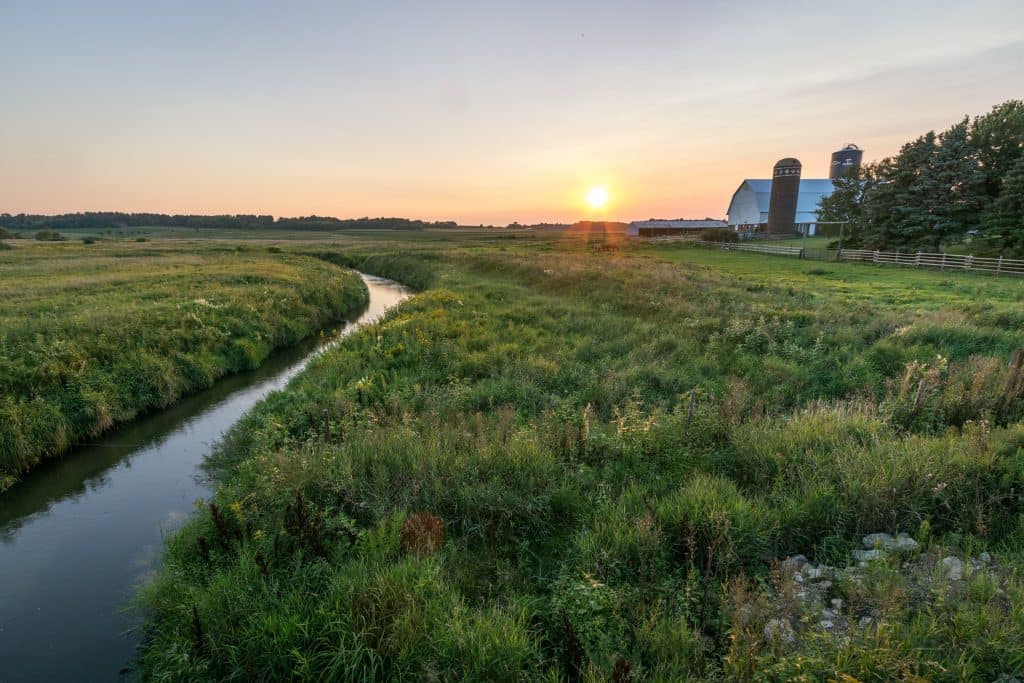 Elevated sediment (suspended soil particles) has many impacts. It makes rivers look muddy, greatly reducing their appeal for people who enjoy boating, fishing, or swimming. Sediment carries nutrients, pesticides, and other chemicals into the river that impact fish and wildlife species. Fine-grained sediments settle on stream beds over rock and gravel that form essential habitats for invertebrates and fish. Turbidity refers to how clear the water is. The greater the amount of sediment in the water, the murkier it appears and the higher the measured turbidity.

Sediment is carried to the streams many ways such as over natural areas, farm fields, urban lots, and city streets.  It also is scoured from the stream banks themselves during snow melt, rain events, and from flooding.

Excessive amounts of nutrients, namely phosphorus, create a constant algae presence in the majority of area lakes. Phosphorus-enriched streams and lakes are commonplace in the Cannon River Watershed.

Phosphorus is an important nutrient for plant growth, but excessive algae growth, death, and decay can severely deplete the oxygen supply in the river, endangering fish and other forms of aquatic life.  Large total phosphorus loads can have major impacts both locally and on lakes the Cannon and Straight rivers flow into, such as Lake Byllesby and Lake Pepin on the Mississippi River.

Escherichia coli (abbreviated as E. coli) is a large and diverse group of bacteria. E. coli is a type of fecal coliform bacteria which are associated with human or animal wastes. They are commonly found in the intestines of animals and humans.

The presence of indicator bacteria (E.coli and fecal coliform) indicate sewage or animal waste contamination and potential presence of disease-causing organisms. E. coli and fecal coliform bacteria are used as markers for water contamination. There are hundreds of strains of the bacterium E. coli and most strains are harmless and live in the intestines of healthy humans and animals. However, others can make you sick. Some kinds of E. coli can cause diarrhea, while others cause urinary tract infections, respiratory illnesses like pneumonia, and other sicknesses.

Fecal coliform and E. coli bacteria found in rivers and streams comes from human,
livestock, pet, and wildlife waste. Bacteria can be directly transferred to surface waters from noncompliant septic systems, wastewater treatment plants and urban stormwater systems. Other sources include spills or runoff from feedlots or manure storage facilities, runoff from agricultural lands that receive manure applications, and direct deposition into waterways by wildlife or grazing animals.